A Notice entitled "National Energy Administration and China Development Bank's Notice on Piloting Financial Support for Distributed Photovoltaic Power Generation" (hereinafter referred to as "Notice") indicates that CDB is committed to increasing the scale of distributed photovoltaic power generation credit and expanding its support To various types of legal entities and natural persons such as enterprises and public institutions that are developing and constructing.

On September 12, a photovoltaic company executive told reporters that the "Notice" was based on the investigation of Yingli Green Energy, Trina Solar and other companies. In order to support the distribution, the Notice also gives a large discount on interest rates and loan years. For example, the loan period of up to 20 years, the premium rate of the project can be lowered by 5%-10%.

The above "Notice" is a continuation of the documents issued by the State Council on August 30. At that time, the State Council issued the "Notice on Playing the Role of Price Leverage to Promote the Healthy Development of the Photovoltaic Industry", which provides instructions on how banks can support the photovoltaic industry: (financial institutions) should adopt flexibility based on the characteristics of the photovoltaic industry and the operating cycle of corporate funds. Credit policy.

At present, global distribution accounts for more than 60% of PV installed capacity, but in China it is less than 50%. According to the â€œ12th Five-Year Planâ€ for the development of the photovoltaic industry, distributed photovoltaics account for more than half of the 35GW of PV installation capacity. Most of China's existing distributed power generation projects are built on the roofs of ministries and commissions and industrial parks. Distributed power stations such as residents, schools and hospitals began to be released in November 2012. Users can use them themselves and excess electricity can be sold.

A photovoltaic person in Beijing told reporters that the country's new PV support has not stopped. The follow-up policies include the intensive measures of local governments in the next few months, such as the tariff subsidy policy rules and the power station VAT. That is to return 50% of the tax rebate (tax rate will be reduced from 17% to 8.5%), grid grid rules and so on.

From the scope of the pilot, the focus should be on the 18 distributed PV demonstration zones that have been released.

As distributed PV has just started, the project scale is generally small, and the main body of development is diversified, it is difficult to obtain financial support, and this problem is highlighted by the rapid development of distribution.

The above-mentioned photovoltaic enterprise executives admitted that large-scale ground power stations are mostly central enterprise investment, and they can apply for loans directly from CDB, so they are not within the scope of the "Notice", and because the "Notice" is a guiding opinion, it will target enterprises and individuals in the future. How to lend the specific rules.

The "Notice" focuses on expanding the scope of beneficiaries. Photovoltaic manufacturing enterprises, power generation enterprises, engineering contracting enterprises, and other industrial and commercial enterprises and institutions are eligible to apply for loans directly from CDB. If the credit rating is not lower than BBB-, they can apply directly to CDB. Credit support.

CDB also provides a green preferential channel for the distribution of distributed photovoltaic projects: the project loan period is not more than 15 years in principle, and can be extended for 3-5 years according to the actual project. The loan interest rate is based on the same benchmark interest rate of the People's Bank of China. The project identified by the Energy Bureau grants a 5%-10% discount on the interest rate; the project acceptance department calculates the date from the receipt of the evaluation report, and does not exceed 20 working days to complete the project road show and review.

According to the above analysis of Beijing PV, although the â€œNoticeâ€ expands the financial support scope of distributed PV, from the perspective of the pilot, the focus should be on the 18 distributed PV demonstration zones that have been released. â€œOne is the national demonstration project. CDB needs to participate; second, the demonstration area is a national economic development zone, which is better managed than decentralized projects."

According to the calculation of the EPC (Engineering General Contracting) price of 8 yuan / watt, the total investment quota of 749MW is about 5.992 billion, and CDB allows enterprises to only produce 20% of their own funds, and only this country It is necessary to give financial support of about 4.8 billion yuan.

Shi Lishan, deputy director of the Renewable Energy Department of the National Energy Administration, acknowledged that the country strongly supports the development of a domestic distributed market, but the current 18 demonstration zones are still facing challenges. "Because the grid will sell electricity as its own revenue, the current power system is not conducive to distributed development. The implementation of the price, the management is in place, it will take time."

Â  Â  Â  Â  Another good thing for PV is that the VAT rate for photovoltaic power generation will be reduced from about 17% to 8.5%, which is equal to wind power VAT.

Â  Â  Â  Â  One of the highlights of the Notice is that distributed photovoltaic power plants developed by SMEs and individuals are also included in the financial support of CDB.

Â  Â  Â  Â  The "Notice" stated that for small and medium-sized enterprises and individuals who do not meet the qualifications of the direct application country and the credit rating is lower than BBB-, CDB will jointly establish a unified investment and financing entity to be responsible for the loan.

Â  Â  Â  Â  The specific model is that the National Energy Administration, the local government and the energy management department assist local establishment of enterprise financing entities based on corporate credit and market-oriented actions, with borrowing resources and ability to undertake loans (ie, deducting parties), and the National Development Bank The borrower provides credit, and the lender will provide financial support to the target who meets the conditions of the China Development Bank loan by legal and effective fund operation methods such as entrusted loans.

Â  Â  Â  Â  â€œThe meaning of this model is that CDB can grant credit to enterprises, and then can entrust local banks such as CCB to lend to enterprises.â€ The aforementioned Beijing PV companies explained.

Â  Â  Â  Â  Tan Zaixing, director of the New Energy Review Division of the China Development Bank, recently admitted that the National Energy Administration and CDB are planning to jointly issue a document to support distributed photovoltaic power generation financial services, and relevant documents will be released as soon as possible in September.

Â  Â  Â  Â  However, the above-mentioned Beijing PV companies believe that the number of applications for personal PV power plants in China has reached nearly 1,000, but since the installation scale of each household is around 10kW, the total investment is 30,000-50,000 yuan, which is initially developed in the market. The stage of giving loans to natural persons is of little significance, and the greater significance lies in the future market expansion.

Â  Â  Â  Â  In the first half of 2013, China's new PV installed capacity has not exceeded 3GW. The overseas market has once again become a booster for Chinese PV companies to break out of bankruptcy bottlenecks. In the second half of the year, China's domestic installed capacity will exceed 5GW, making it the performance of China's PV companies in the second half of the year. Good factors for continuous improvement.

Â  Â  Â  Â  Another good thing for PV is that the VAT rate for photovoltaic power generation will be reduced from about 17% to 8.5%, which is equal to wind power VAT. The direct benefit of tax cuts is the substantial increase in the investment rate of photovoltaic power plants. At present, the internal rate of return of the western photovoltaic power station project has been generally above 10%.

Â  Â  Â  Â  "The rumors are not unfounded, but this policy still needs the introduction of the State Administration of Taxation," said the Beijing PV source.

The use of basic organic chemical products can be summarized in three main aspects:

(1) producing raw materials of synthetic rubber, synthetic fiber, plastic and other polymer chemical products, that is monomer of polymerization.

It is used for some direct consumption according to the nature of the product, such as solvent, refrigerant, antifreeze, heat carrier, gas absorbent, as well as narcotics and disinfectants used directly for medicine.

Basic Organic chemicasl can be seen from the above that the importance of basic organic chemical industry is the basis for the development of various organic chemicals and the main component of modern industrial structure.

Closed operation to strengthen ventilation. Operators must undergo special training and strictly abide by the rules of operation. It is suggested that the operator wear a gas mask (half mask), wear chemical safety glasses, wear antistatic work clothes and wear rubber gloves. Keep away from fire and heat sources. Smoking is strictly prohibited in the workplace. The use of explosion-proof ventilation systems and equipment. Prevent steam from leaking into the air of the workplace. Avoid contact with oxidants, acids, and alkali metals. When filling, the flow rate should be controlled, and there is a grounding device to prevent static accumulation. Equipped with corresponding varieties and quantities of fire fighting equipment and leakage emergency handling equipment. The empty container may remain harmful.

Store in a cool, ventilated storeroom. Stay away from fire and heat. The temperature of the reservoir should not exceed 30 degrees C. Keep the container seal. It should be kept separately from oxidants, acids, alkali metals and so on. The use of explosion-proof lighting, ventilation facilities. It is forbidden to use mechanical equipment and tools that are easy to generate sparks. Emergency handling equipment and suitable storage materials should be provided in the storage area. 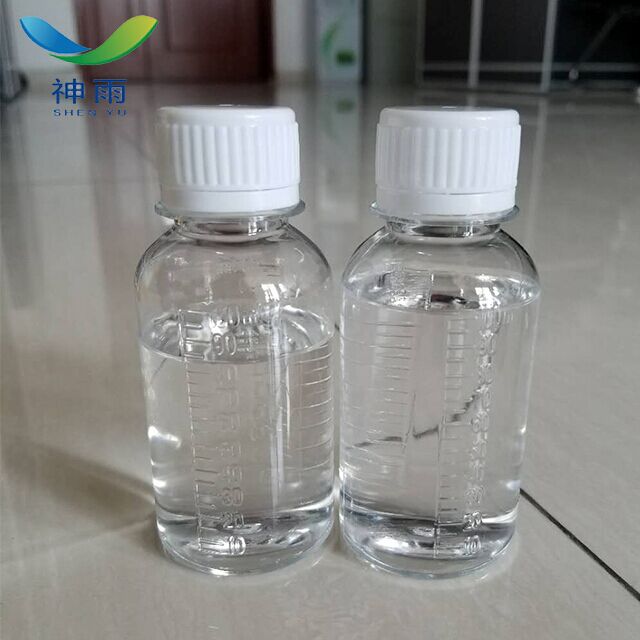